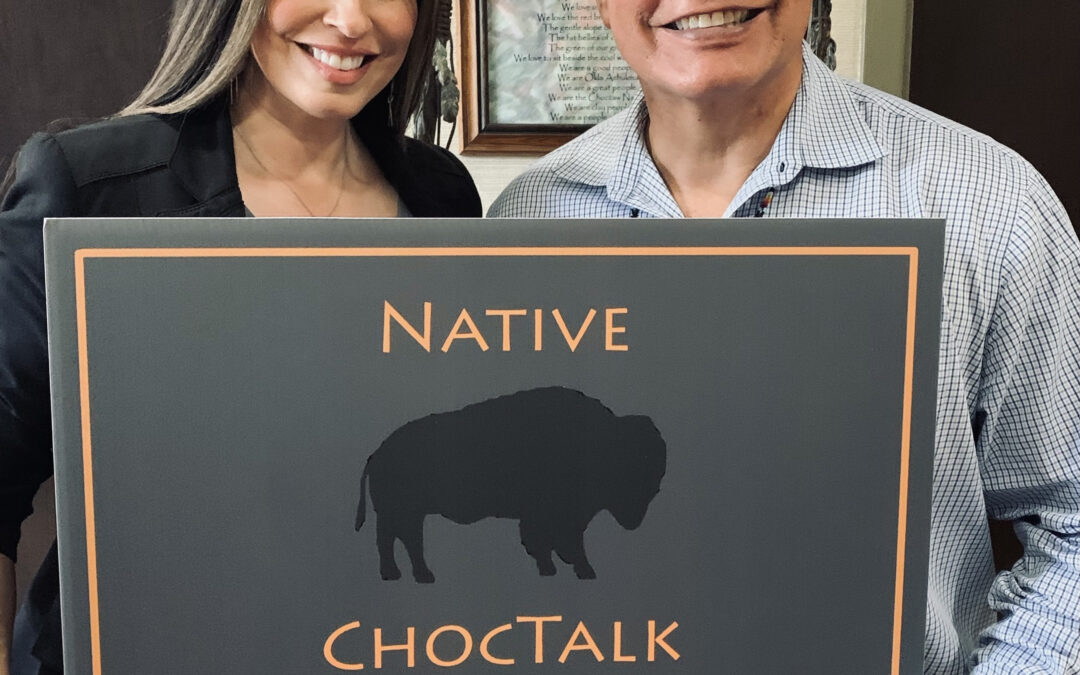 On Indigenous People’s Day, we honor the resilience and strength of those who originally inhabited this land—those who came before us and those who still live among us.

Despite cultural genocide, the displacement of their families, and the near extinction of their language, the spirit of the American Indian could not be destroyed.

Their culture and strength live on today, so let us celebrate our Indigenous people!

Native ChocTalk: A Podcast by Natives, for All

Rachael Youngman, a Corporate Account Executive at Mobile reCell, is from the Choctaw Tribe of Oklahoma. Rachael hosts a podcast called Native ChocTalk. She interviews American Indians across the country, preserving their ancestral stories, history, culture, and traditions.

We asked Rachael to share why she created Native ChocTalk.

“Long ago, a Choctaw man named Tom Davis—named after his mother, To-mah-hoya—had a daughter named Ella. When she was just three years old, Ella was sold for a couple of thousand dollars to a caucasian man named JD Anderson.

Ella was a slave to Mr. Anderson and suffered abuse until she was eighteen years old. She often rode her horse quickly through the fields—the only times she truly felt free.

I later found out Ella was my great-grandmother. Growing up with her, I only knew pieces of her story. If I hadn’t researched and preserved her history, her great-great-grandchildren would not know about her strength and fierceness.

Stories like Ella’s are why I started Native ChocTalk—a podcast by Natives, for all. Tribal stories and Indigenous history are at risk of becoming ‘dust in the wind.’

Beyond our ancestors being afraid to tell their stories, Native Americans are often disregarded or shut down.

Rachael shares, “A Choctaw man named Solomon Tonihka is a wealth of knowledge about the stories passed down in his family. A crucial part of the American Indian culture is their oral history—or passing stories down from generation to generation.

Solomon’s ancestors told of ‘Mexican bandits’ who rode through the Choctaw country, trying to take over the land, but the Choctaws banded together and defeated the ‘bandits.’

When Solomon shared his story with a non-Native historian known for researching and writing about Native Americans, the historian dismissed Solomon’s story, saying, ‘I have never heard of bandits in these parts, so these things probably never happened.’”

So, Rachael dedicates herself to recording oral histories with our Indigenous people—sharing what can’t be found in a history book. She is preserving these precious stories so family members and future generations can hear American Indians’ own words, in their own voices—voices historically stifled and dismissed.

If Americans only know our Indigenous people through history books, then we’re missing out on a beautiful learning opportunity.